After the saga of the ruptured ligament in my ankle a few weeks ago, things are starting to get a little bit more back to normal.  I’ve been hobbling around, planting some kale, picking some flowers, and starting to clear some beds to make room for winter vegetables.  It’s been equal amounts of elation to be walking around and frustration that it’s still so slow.  I’m incredibly grateful to be back at it, though, and I realize that the injury I have is relatively minor compared to some of the health problems or accidents that some people have to deal with.

The gardens plugged along just fine without me for a few weeks, and are in that delicate transitional stage that November often brings.   Some of the flowers and greens are doing really well now that the temperatures have cooled down.  We haven’t had a hard frost yet, so the summer vegetables are still just holding on, their production slowed down to a crawl. 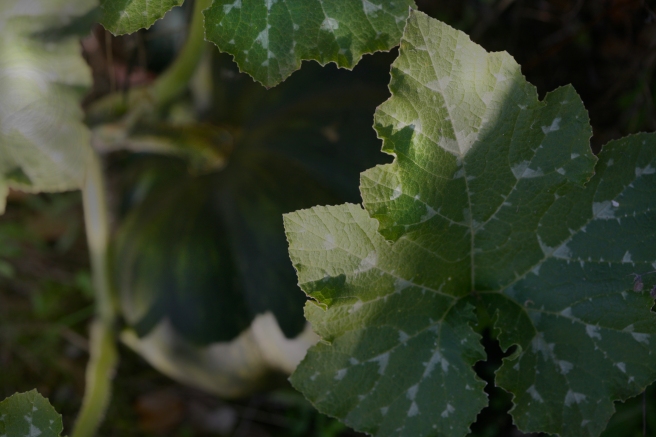 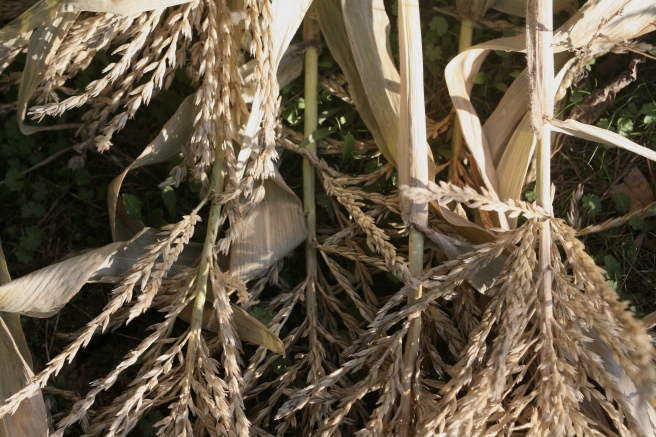 Slowly but surely, I’m clearing away all of the faded summer plants and getting my winter babies into the ground: purple brussels sprouts, several varieties of kale and chard, alcosa cabbages, asian greens, all kinds of garlic and onions, and much more. 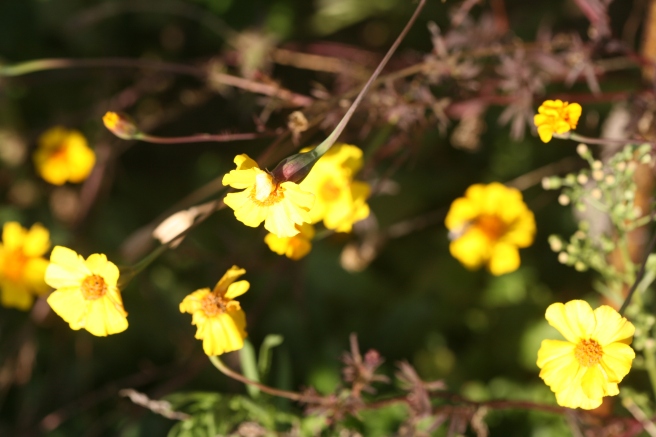 I finally, finally got to make a batch of jam.  I went almost two weeks without canning anything at all, which is longer than I’ve gone in years. 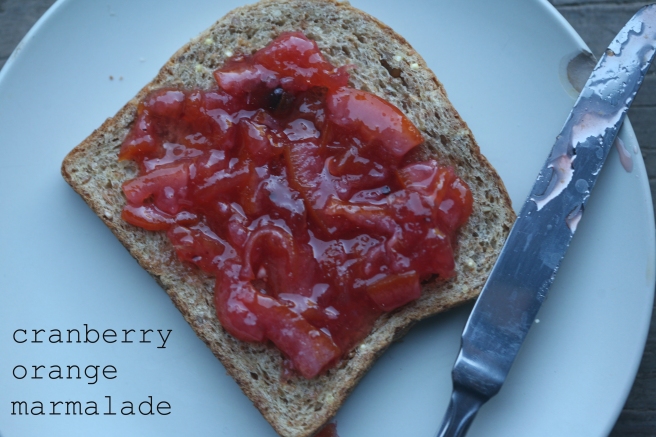 This marmalade turned out so delicious, with the perfect blend of tart and sweet. I used a two day process; many marmalade-makers may have seem something similar to this before.  Normally you’d slice the oranges and combine them with water, letting them sit for 24 hours.  The natural pectin in the citrus fruit seeps out into the water and helps ensure a good gel without any added commercial pectin.  This time, instead of using plain water, I used some tart apple juice that I’d prepared for jelly and had stashed away earlier.  The pectin in the apple juice wasn’t absolutely necessary to get a good set, but it certainly helped, and the flavor of fresh apples combined with sweet valencia oranges and fresh cranberries was a fantastic combination. The sweetness of the apples completely rounded out the tartness of the citrus and cranberries to make a wonderfully mellow marmalade.  It will be delicious with our roast turkey on Thanksgiving, but we’ve already gone through two jars just doing the toast thing.

Cook Time: well, it’s a two day process. It’s got several steps but it’s not actually all that difficult.

Makes: I think it made 7 half-pint jars, but we’ve already gone through a couple of them and I forgot to count before I wrote this post.

To prepare the apple juice:*

Quarter 8 or 9 apples.  Remove the stems, any bruised spots or worm holes, and any attached leaves. (Leave the skin on and the cores in).  Place the apples in a medium sized, nonreactive pot and cover with water.  Cook for two hours.  Pour the apple and water mixture into a jelly bag or through cheesecloth to strain the juice.  I drained mine for four hours, but you can leave it draining for 12 or even 24 hours. Don’t press on the bag or the cheesecloth while it drains or the juice will be cloudy.  The juice will last for several weeks in the fridge (and several months in the freezer).

To Make The Marmalade, Day 1:

Slice the oranges for marmalade.  Make sure to sharpen a good knife and slice the peels as thinly as possible.  (If you don’t slice them very thinly, they won’t cook all the way through, and they’ll be gross chunks of bitter orange rinds).  Combine the prepared oranges with the prepared apple juice in a nonreactive container and leave it to sit overnight.

Bring boiling water canner to a boil.  Wash jars and lids in hot, soapy water.  Place your lids in a bowl and cover with boiling water from the canner.

Put the orange/apple juice mixture into a large, nonreactive pot.  Add the fresh cranberries and the sugar and bring to a boil over high heat.  Cook, stirring occasionally, until the marmalade reaches about 220 degrees on a candy thermometer (or whichever your favorite gel test is- there are several.  I found this pdf using the power of google that has a very good explanation of different gel tests in case you’re unsure about it).

Ladle the hot marmalade into the clean jars leaving 1/4″ headspace.  Wipe rims clean and screw on lids.  Process for 10 minutes in the boiling water canner.

I know everybody’s making marmalade right now, but I was feeling lazy and didn’t feel like doing all that knife work.   Plus, this orange jam is completely different than any marmalade; it’s sweet, not tart, and the rum rounds out the orange flavor and adds a lot of depth.  One small note about ingredients though- normally I only use fresh local fruit, but I have this elderflower syrup in my fridge that is really amazing, and I absolutely had to add it in. 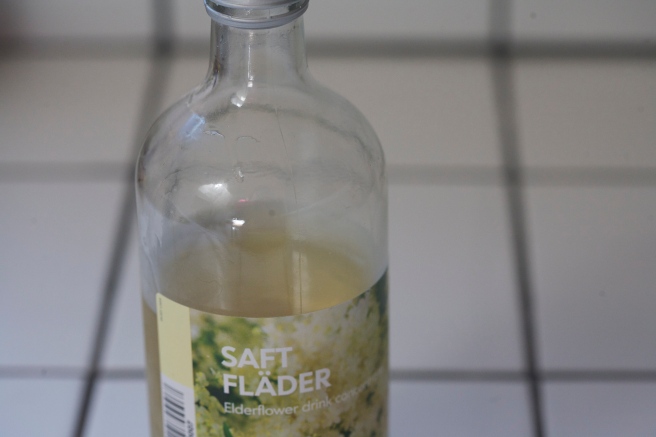 The thing is, it’s really good in cocktails.  So, you know, everyone who likes sparkling vodka drinks with elderflower in them should just buy some anyway.  If you don’t feel like it though, agave would be a good substitute. It’s got a similar sweetness, viscosity, and brightness of flavor.  (Hopefully, I can make my own sometime, if I can find some elderflower…)

The mellow flavor of this jam makes me want to use it in salad dressings and cocktails (not necessarily alcoholic). Just take a few tablespoons of jam, put them in a saucepan over very low heat, and simmer until it is completely liquid.

For salad dressing, combine with whatever vinegar you like and mix well. I think this would be good on a summery fruit salad, with peaches and goat cheese, and some champagne vinegar.

For drinks, fill your glass with ice and whatever mixers you’d like (such as seltzer water or club soda), add in alcohol if it’s that kind of day, and then stir in a tbs. of jam to add flavor.